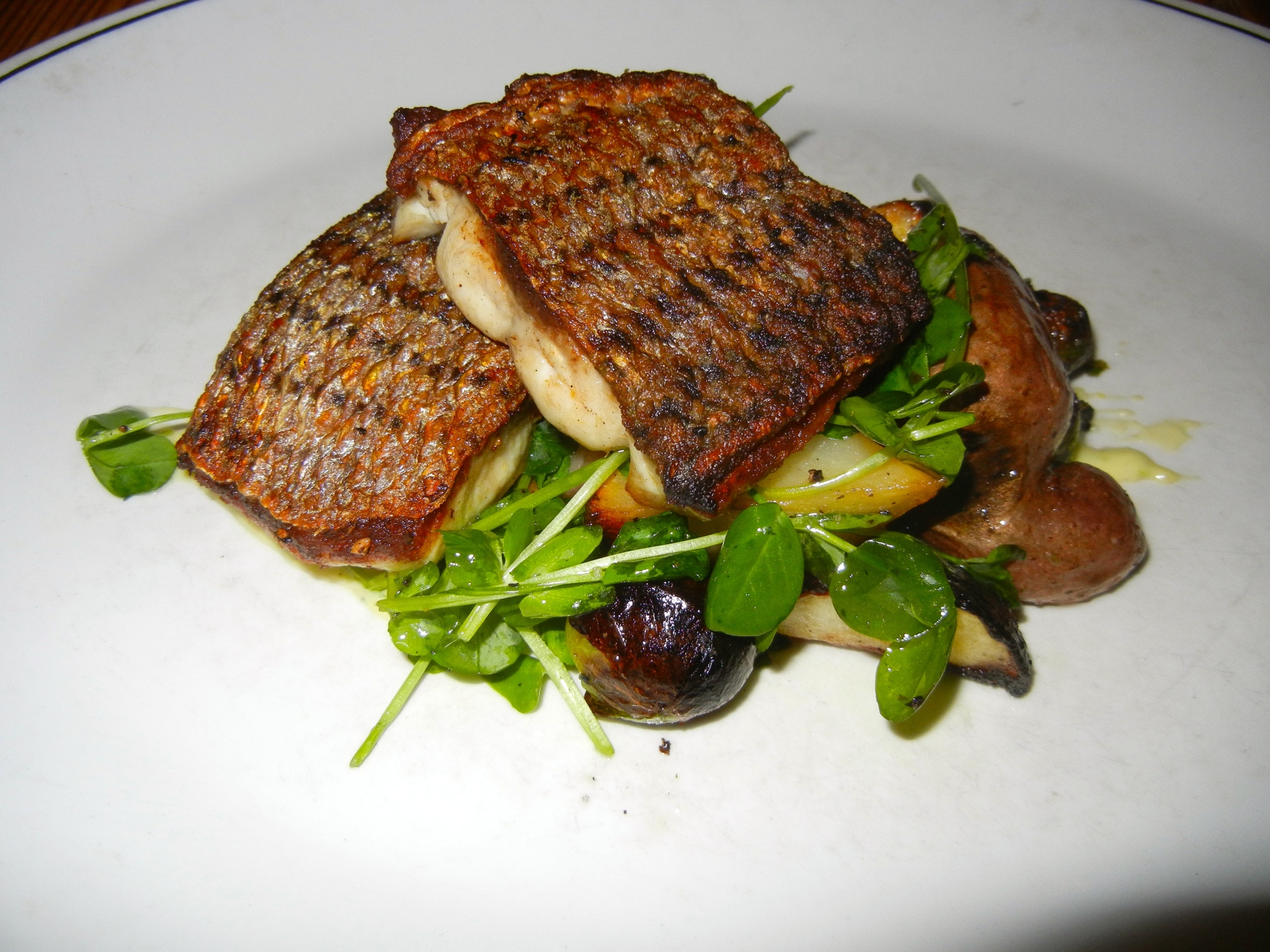 I usually don’t blog about the same eatery twice; however, if there were one restaurant worthy of such a precedent it would have to be Woodberry Kitchen. I originally dined at WK around the holiday season. My meal that evening was great for a multitude of reasons, but unfortunately my entrée left something to be desired.

My most recent experience at WK was even better than my first and reiterated the point that this is the best and most creative restaurant in Baltimore. Even if you hate good food, go for the cocktails, the drinks in itself are worth a trip to Woodberry. WK recently introduced their Death in Sunshine cocktail which features shine, apple-fennel, bitters, Absinthe, sparkling wine, and hand carved ice. Imagine a mojito-like cocktail with the background notes of an Old Fashioned, and the punch of anise Absinthe. The perfect pairing to the nice chilled cocktails is the roasted beet salad, which seems to be a permanent item on the menu. The earthy beats have a slight “smokey” flavor from being roasted in the oven and are then mixed with micro-greens and fresh goat’s cheese. The apple and toasted walnuts provide a nice crunch. Sounds simple but like everything on the menu, it tastes amazing.

For the entrées I ordered the wood fired rockfish and my girlfriend ordered the tavern steak (another permanent item the menu). The tavern steak seemed to be sirloin of some type, although it was hard to tell because it came pre-cut. Regardless, the steak was very tender, expertly cooked and had a slight crust from the wood fire oven. The steak was served with what was almost a gremolata on top – consisting mostly of garlic and large grains of sea salt. Each bite was delectable and nicely accompanied by the roasted baby carrots and potatoes. My entrée featured two small filets of rockfish, which had been broiled under the fire. The filets still tasted of salt water while the flesh had a pearly white/juicy appearance. The skin was so crispy that you could eat it as a cracker – which I did. The fish was served over a bed of crispy roasted potatoes and brussel sprouts, which were then tossed in a house made mayonnaise. Let me say that I am not a fan of mayo at all, but the waitress assured me that it works in the dish. She was absolutely right, the dish as a whole was absolutely divine.

We couldn’t celebrate Valentines Day without dessert, so we ordered the bread pudding. The bread pudding was served as two individual cakes, which came on a butcher’s board of random other goodies. The concept is almost a do-it-yourself kind of thing, with options of ice cream, peanut brittle, and whiskey-butter sauce all present. It was the perfect ending to one of the best meals of my life.