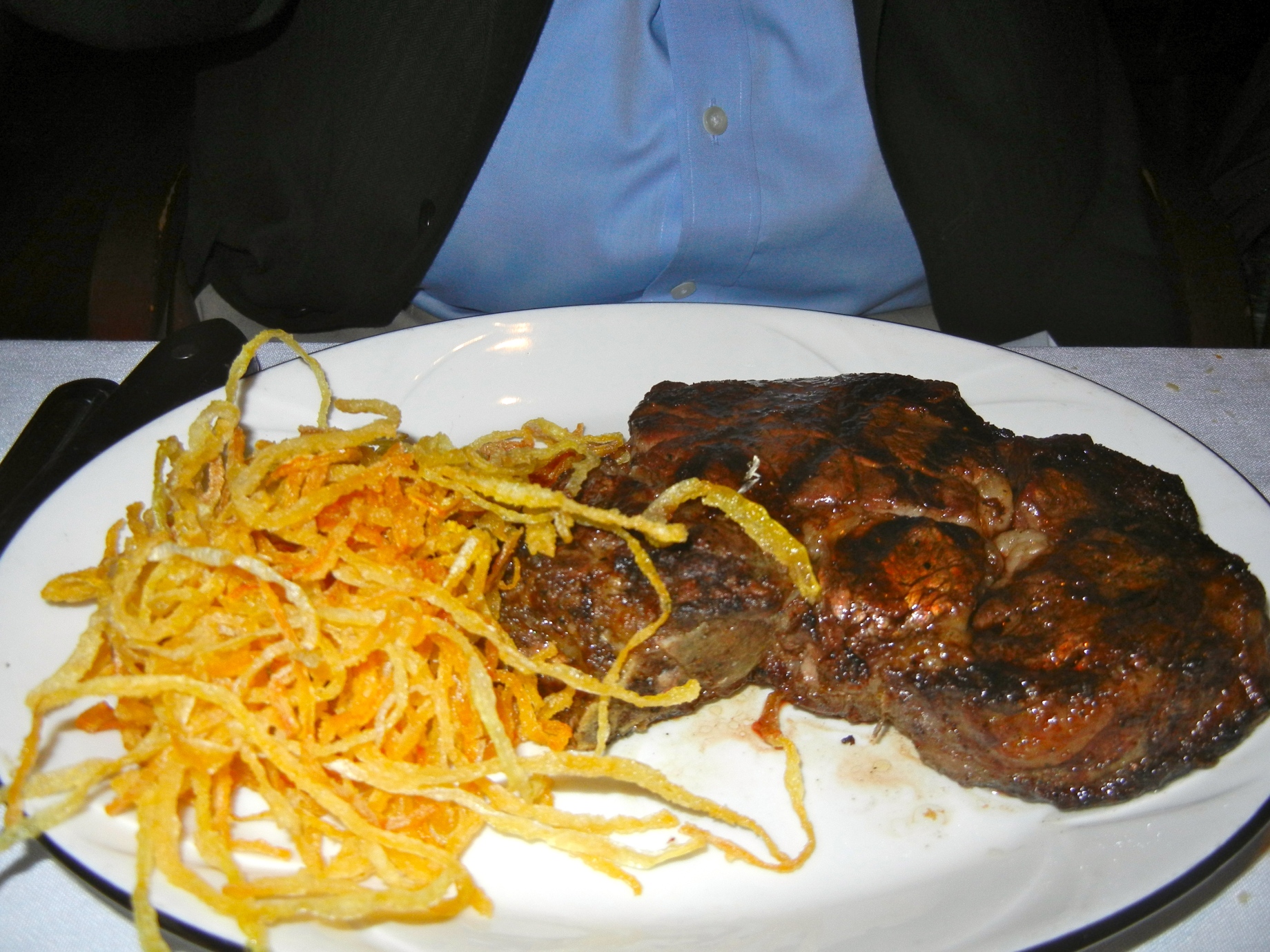 Oregon Grille, located in Northern Baltimore County, has become one of Baltimore’s more renowned establishments. The combination of old world tradition with quality steak and an intimate dining ambience seem to be a winning formula. I recently dined at Oregon Grille during Baltimore’s restaurant week. I will premise this review by saying that perhaps restaurant week menus are not a fair representation of a restaurant nonetheless here is my review.

Baltimore restaurant week is the best and the worst thing to ever happen to the Baltimore dining scene. It’s great because it gives diners an opportunity to try new restaurants; however, many restaurants treat it as an excuse to dumb down items on their menu in order to reap the profits from their patrons. Oregon Grille’s restaurant week menu sounded more appetizing than a lot of others, and seemed to offer a better value – especially considering the usual exorbitant prices at the restaurant.

I started off with the Salmon tartar, which featured fresh salmon chopped into a ring mold and served over rice and seaweed salad. The salmon by itself was nice but I would have liked to see a more creative use of supporting cast, i.e. not seaweed salad that can be found at sushi bars for $3. The presentation of the dish was nice though. I also had to opt for the grilled oysters, an Oregon Grille classic. While not on the restaurant week menu, I must say that the $17 price tag was almost worth it. You do get six rather large oysters that have a nice perfume from the grill, topped with buttery lemon sauce on top. The oysters don’t get lost amongst the rich sauce and actually pair very nicely – easily the best item of the night for me.  Since I was in a “splurging” mood I decided to spend the additional $5 to get the petit filet off the restaurant week menu. The steak was actually a bit bigger than I thought it would be and had a nice grilled flavor with perfect grill marks. The filet was tender as advertised, and even had a more intense beef flavor, not commonly found in filet mignon. I will say the steak was a bit dry for filet, but the béarnaise sauce that was served on the side helped combat that (béarnaise was excellent by the way).  The steak was accompanied by broccoli and fried onions and seemed to be merely there by default; regardless the broccoli was still nice. We also decided to order the black truffle macaroni and cheese and mashed potatoes off the regular menu. The mac’n’cheese was to die for. It had a multitude of cheese as well as a nice creamy base sauce with baked breadcrumbs on top.  The mashed potatoes were a bit stodgy and lacked that velvety texture that most steak restaurants are known for.

All in all, it was a good meal but quite short of amazing. I think a part of the problem was the restaurant week menu, and the other was that the chef’s weren’t inspired to cook the food offered on the restaurant week pre-fixe menu. Additionally, this restaurant really needs to lighten up with the “stuffiness”. When you dine here I will advise you to pretend you are talking to the president, because that’s how it feels at times.  Men are required to wear jackets in the dining room, which will be enforced – I found this out the hard way by our waitress telling me to put my jacket back on. This is definitely not the kind of restaurant where you can come to relax because you constantly have to worry about being overly proper. Many restaurants, including the legendary Prime Rib have even eased up on this policy, and I think its time Oregon Grille does too.