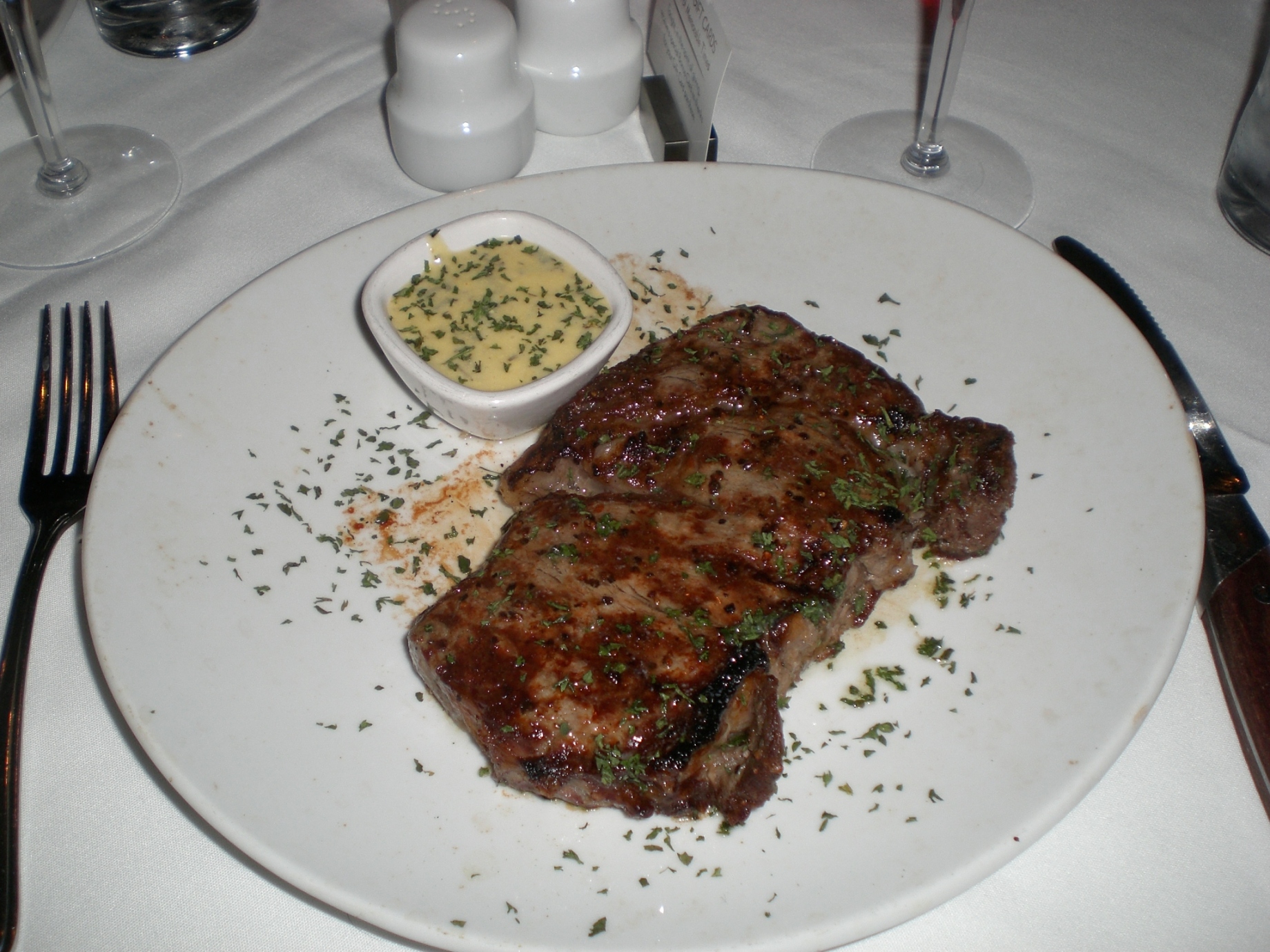 Fleming’s is a modern steakhouse offering competitively priced prime steaks in a warm atmosphere. Located in Harbor East (Baltimore), Flemings is hidden outside the circle that also boasts restaurants such as Roy’s and the Oceanaire. The staff was very accommodating, informing us about the ‘Happy Hour’ specials on appetizers and drinks at the bar.

We started off at the bar and ordered the $6 Calamari, along with the $6 Ahi Tuna. The calamari was a generous portion of perfectly cooked squid (including tentacles) tossed in sweet chili oil with picked peppers, a perfect combination. Unfortunately, the tuna fell a bit short. The tuna was a bit mushy and the side accompaniments were an after thought. After the bar, we moved to the main dining area to sit down for our main course. The menu offers your classic prime cuts of steaks, including the ribeye, filet (in three sizes), the NY strip, and porterhouse. There were also some steak specials including a Peppercorn NY Strip ($38.95), and a Filet Oscar (Crabmeat, Asparagus, Béarnaise $46.95). My fellow diner ordered the Lite Filet (served with Flemings Signature Potatoes), while I ordered the Ribeye.

The steaks arrived on a sizzling hot plate, accompanied by clarified butter, and garnished with fresh parsley. Neither had that nice ‘charred’ crust that I am accustomed to; however, they were juicy and absolutely delicious. The ribeye was a nice 14 oz. portion, while the filet as described, was a ‘lite’ 6 oz. portion. The filet also came with Fleming’s Signature Potatoes which are thinly sliced potatoes topped with jalapeño, sour cream, and cheddar cheese. The potatoes were good, but somewhat forgettable. We also ordered the Chipotle Mac N Cheese, which was nice, but maybe a bit too saucy.  The steaks definitely compensated for the somewhat disappointing sides. The menu also offers plenty of other alternatives to steak. Ranging from sole to veal to lobster, anybody will be able to find something catered to their taste.

Our meal was finished with a molten chocolate cake with pistachio, raspberries, and ice cream. This cake was absolutely heavenly. Warm chocolate ‘oozed’ out of the cake as we broke into it. The pairing of the warm chocolate with the cold ice cream, and the salty pistachios was perfect.

All in all, we were very satisfied with our meal at Fleming’s. The steaks were amongst the best, and the customer service was top notch. In fact, during our meal, the manager came to our table and took a picture of my fellow diner and me. He later brought the picture to us in a Fleming picture frame, a nice gesture to top off our pleasant experience. From the rich, inviting, and modern atmosphere, to the premium steaks, lengthy wine list, and friendly staff, I will definitely be dining at Fleming’s again soon.