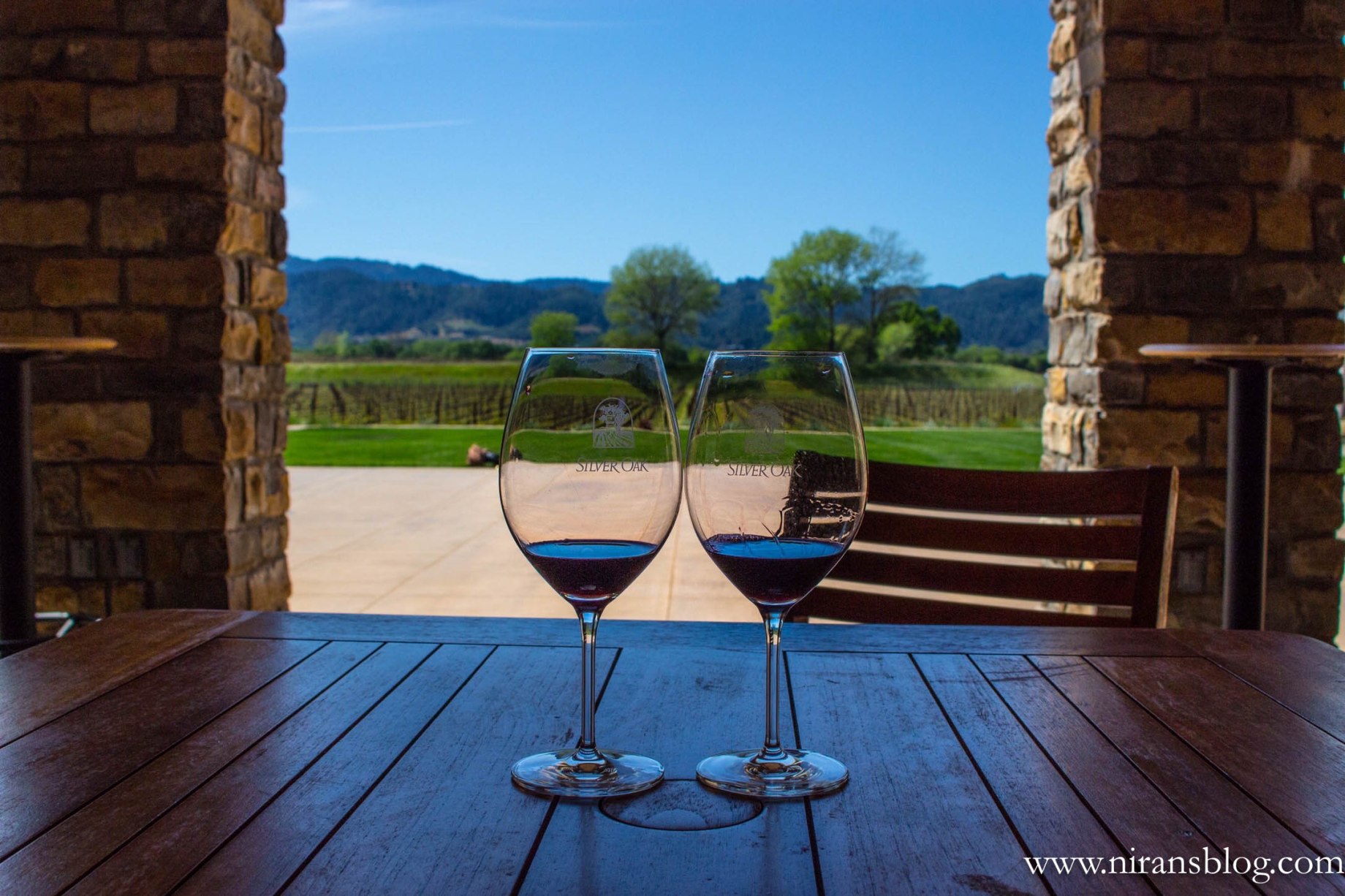 2015 was a good year for me, especially from a culinary point of view. Per usual, I discovered new Baltimore restaurants, but also fell back in love with some old ones. As we saw from the very kind words of Zagat, the Baltimore food scene exploded in 2015, with the city coming in at number 2 on the “Best Food Cities of 2015” list. And yes, that would mean ahead of New York, San Francisco, Chicago, D.C. and Miami, to name a few.

Such generous praise for our humble city was a bit befuddling, to be honest, especially when you consider how so many restaurants in California and New York are really pressing the envelope – a testament to more three star additions in the 2016 Michelin Guides. But as I started writing this 2015 Dining: A Year in Review article, it started to make sense.

This year I had the opportunity to explore restaurants in San Francisco, Chicago, New York, and Miami. Before dining in each city, I tried to research as much as possible so that I didn’t fall into tourist traps or overhyped celebrity chef sanctums resting on their laurels.

This list of 2015 dining experiences is somewhat in chronological order, so I apologize if I jump from city to city a bit.

My first epic meal of 2015 was the tasting menu at Aggio in Baltimore. First impressions left me questioning my decision to eat there, considering a rather depressing interior and an awkward utilization of space. The food, however, was truly top notch, with notable highlights such as the tonnarelli nero, which showcased squid ink pasta in an uni sauce laced with blue crab, and the gargantuan pork osso buco. Oh and, who can forget the incredible bread service featuring freshly baked focaccia with both spreadable ricotta and a mortadella mousse? The bread alone could probably qualify as one of the best bites I had in 2015.

My visit to San Francisco and Napa Valley a month later (March 2015) proved what an immerse food scene those cities have. I got a chance to eat at the famous Mission Chinese – a favorite of Alan Richman (GQ food correspondent). The experience was very interesting to say the least. The food dazzled and the environment was truly unique. However, some dishes were just way too spicy, and we were so rushed by the staff that we felt almost unwelcome by the end of the meal. That rush is no doubt a result of the line out the door that forms to dine at Mission Chinese on a nightly basis.

The other impressive meal while on the West Coast was at REDD – a beautiful restaurant in the heart of wine country. REDD had a Michelin star a few years ago, but has since lost it for whatever reason. Regardless, dining at REDD was truly an amazing experience. We opted for the 5-course tasting menu that ranged from skate wing in a clam broth with curry foam to squab two ways. If there was a place to opt for wine pairings, this was probably it, however, after drinking grapes literally that entire day it just wasn’t gastronomically feasible.

Speaking of wine though, I really want to mention the incredible wine tour we had at Robert Mondavi Winery in Oakville. We visited two other vineyards that day (Silver Oak and Cakebread), but Robert Mondavi really stood out for so many reasons. The winery itself has lost some cache for certain connoisseurs now that it’s owned by a corporation and churns out tons of sub $10 bottles. But, Robert Mondavi still has several 90+ point wines, which they let you taste on their ‘exclusive cellar tasting’. The exclusive cellar tasting is $55/person, which includes a private tour of the property in a very small group, access to their cellar room, followed by a tasting of five signature Mondavi wines in a private cellar room with cheese and charcuterie pairings. Most of the wines you taste on this tour are never available on the East Coast. In fact, most of them only make it to the restaurants in California. The wines were truly spectacular, and our guide Janie made sure our glasses were full throughout the tasting. After inviting her to share a few glasses with us, she even decided to open a To Kalon bottle for us, a rare bottle of wine costing close to $300. Granted the tour might have been less special without Janie as our guide, but one would hope all the guides are as fun and generous. [Photos from Robert Mondavi]

The next destination was Chicago over the long weekend. Of course, here we had to indulge in Chicago style pizza, which surprisingly lives up the hype and actually exceeds it. We sampled the deep dish offerings at both the famous Lou Malnati’s and Pequod’s, a local favorite. Both were absolutely delicious, and the unique construction of the pies was really a nice departure from the thinner crusts we have on the East Coast.

The trip was capped off with a wonderful dinner at MK: The Restaurant, two trips to Eataly, and lunch at the ever popular Blackbird. MK, like most fine dining establishments, embraces the farm to table concept, constantly changing their menu based on season and ingredient availability. The food and cocktail menu was creative and reasonably priced for a higher end restaurant. The meal also featured one of my favorite sweet bites of 2015, the strawberry with lavender panna cotta dessert.

Eataly is an ultimate foodie experience. The half grocery store, half restaurant food court is overwhelming in the best of ways. We ended up going there twice, and enjoyed some Italian wines, cheese, cured meats and a few excellent spring pasta dishes. Blackbird was a bit underwhelming given its Michelin star. Granted we came for lunch, but the food was just okay.

Chicago seemed to have a lot of Mexican or Hispanic inspired food, and although we didn’t sample any of those restaurants, upon coming home to Baltimore I had been hearing a lot about Clavel. Clavel is a casual taco and Mezcaleria in the Remington neighborhood, with a very limited food menu but an exotic cocktail menu. The tacos here are not only very affordable, but just sublime. Each type of meat is treated with so much care, and most are braised for several hours. The minimalist tacos pair well with the fiery expertly crafted cocktails.

As the fall neared, we had a chance to eat at Annisa in New York city – the flagship restaurant of celebrated chef Anita Lo. At Annisa we opted for the 5-course tasting menu, which started off on a very high note and ended on a mediocre one. Highlights included the pakora fried oysters, and the foie gras soup dumpling, while lows included the signature sable fish and the heritage pork dish. I expected a bit more from Annisa, especially because a month earlier I had my best meal of 2015.

That best meal came from a restaurant I have had the privilege of dining at many times since 2012. The food I have eaten at this restaurant has become a reference point for all other fine dining restaurants for me. This restaurant is none other than Baltimore’s Fleet Street Kitchen (FSK). FSK has been a consistent crowd pleaser, despite changing chefs earlier this year. The menu always stays true to its roots – contemporary American cuisine with true farm to table ingredients.

Here is why I love FSK. Dining there isn’t just a good meal, it’s an experience. When my wife took me here for my birthday, we were each given a glass of rosé with the restaurant’s compliments. When deciding on a bottle of wine for the evening, they offered us a sample of both wines we were considering, in order to make a more informed decision. When dining at FSK, you are guaranteed to get several small bites on the house as well. My most recent visit included a soup shooter before the starters and then a pre-dessert before the sweets arrived. We opted for the four course tasting menu, which is unique at FSK because you can choose your items for each course. Most tasting menus are chosen by the chef. My meal that evening consisted of beef tartar in miso and summer truffles, smoked heirloom tomato salad in broth and uni, pork two way (which put Annisa’s pork to shame), and lastly grilled summer peaches with mini biscuits and buttermilk ice cream. I’m not a dessert person at all, but this is without question the best dessert I have ever had!

Of course, no meal can be great without excellent hospitality, which is where FSK really excels. The staff pampers you, whether it be the personalized card from the chef for a celebratory occasion, the complimentary sips and bites, or the wait staff’s perfect attentiveness. The experience just comes together as if you are enjoying a Michelin quality restaurant at Baltimore prices. [Photos from Fleet Street Kitchen September 2015]

And there you have it, my year in dining for 2015. I apologize if this article went a little longer than anticipated. It’s hard to encapsulate all those experiences briefly, without getting overly excited. 2015 was really great, but I have high hope for 2016 as well.